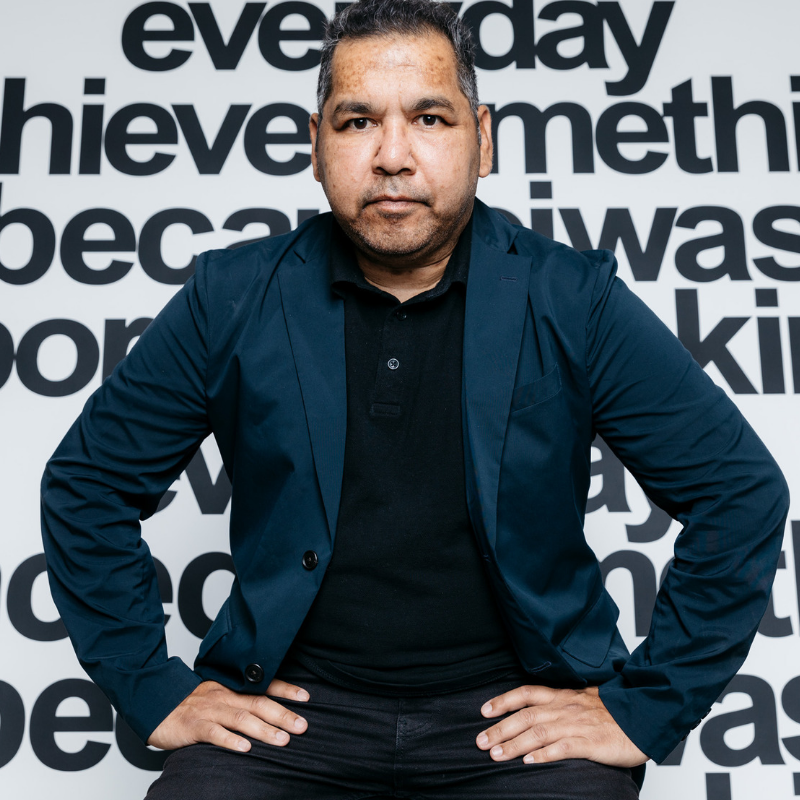 Vernon Ah Kee’s conceptual text pieces, videos, photographs, and drawings form a critique of Australian culture from the perspective of the Aboriginal experience of contemporary life. Ah Kee’s works respond to the history of the romantic and exoticised portraiture of ‘primitives’, and effectively reposition the Aboriginal in Australia from an ‘othered thing’, anchored in museum and scientific records to a contemporary people inhabiting real and current spaces and time.

In 2015, Ah Kee was invited by curator Carolyn Christov-Bakargiev to present a new body of work as part of ‘SALTWATER: A Theory of Thought Forms’, the 14th Istanbul Biennial and participated in a series of significant public programs as part of the opening weekend of the exhibition. Other recent exhibitions include ‘Imaginary Accord’, Institute of Modern Art, Brisbane (2015); ‘GOMA Q’, Queensland Art Gallery/Gallery of Modern Art, Brisbane (2015); ‘When Silence Falls’, Art Gallery of New South Wales (2015-16); ‘Encounters’, National Museum of Australia (2015-16); ‘Brutal Truths’, Griffith University Art Gallery (2015-16); and ‘Everywhen: The Eternal Present in Indigenous Art from Australia’, Harvard Art Museums (2016).

Dark and Disturbing is a curatorial project that reflects Vernon’s origins as a screen-printer in Cairns in the mid-1980s.

Vernon was born in Innisfail, North Queensland, and is based in Brisbane, Queensland. He is represented by Milani Gallery.